Act I: Renaissance, Beyoncé’s seventh studio album, hasn’t even been out for a full week yet, yet she’s already dealing with turmoil tied to it.

Following criticism from fellow R&B veteran Kelis regarding the interpolation of her 2003 smash single “Milkshake” on the album cut “Energy,” it seems Queen Bey responded with some of her own pettiness by actually replacing the sample entirely from digital streaming sites. 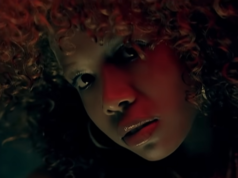