Female R&B vocal group SWV recorded “You’re the One” for their second studio album, New Beginning (1996).
On March 29, 1996, RCA Records released the song as the first single from New Beginning.
It is regarded as one of the group’s signature songs and peaked at number one on the US Billboard Hot R&B Singles chart in addition to reaching the top ten in New Zealand.
The 2022 single “Call On Me” by Lehla Samia contains a portion of this song. 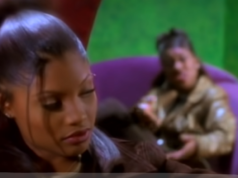